More of the same or something new 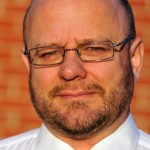 There are plenty of political stories around at present!  No surprises there.

We have the coalition  promising us their “Action Contract” and that we should stand up for action and stand up for Australia.  Then we have the Labor party wanting to “Move Australia Forward”.  You know, slogans.  Meaningless catch-cries.  Where is the substance?  Where is the real contract and notion for moving Australia forward?  It’s not with our current politicians who’s main focus is on getting elected.  Then, when that happens they work on getting re-elected.  We get fed the same tired lines over and over again.  The major parties know that they have a bulk of the vote; they have become sloppy.  We are subjected to short bursts on TV and radio news – the 15 second grab.

Then we come to Melbourne Ports where Michael Danby has been sitting comfortably for 12 years.  He claims a great deal of success over those years, but where has he addressed the big issues?  Sure, he’s good at supporting Israel.  He’s taken a full page ad out in the Jewish News1 that slams Iran and tells us that Labor and the Jewish community and Israel are friends forever.  A really good sentiment, and good to see, but it’s an easy win for him.  Plenty of countries have sanctions against Iran and we are playing a very small and insignificant role compared to the rest of the world.  Why isn’t he talking about his success in getting equality for all Australians?  Why hasn’t he spoken out about his former leader speaking to the Christian lobby?  Why hasn’t he addressed the issue of carbon tax?  Does he support giving $165,000,000 to the National School Chaplaincy Program in State schools that is so much loved by the Christian church?

Michael Danby feels very comfortable, and perhaps he needs a gentle nudge to get him moving again.  The people of Melbourne Ports need more than a few platitudes from their member.  If he’s so keen on moving Australia forward, then let’s hear what he has planned for Melbourne Ports; not more of the same.

To keep up to date why not subscribe to my blog!
This entry was posted in election 2010 and tagged danby. Bookmark the permalink.